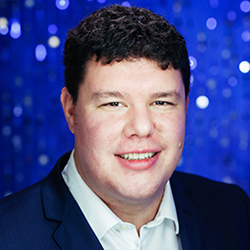 Richard met Oliver Woods in 2001 and began working with him in the Non-Geographic Numbering market. Richard saw that this was a very manual and slow process requiring considerable human intervention. With the use of the internet becoming commonplace for businesses, Richard believed he could automate much of the process, whilst at the same time giving the customer far more control of their numbers.

In early 2002, Richard developed the first online ordering system for non-geographic numbers that allowed the customers to choose their numbers online and have near instant connection. Additional development saw an online customer management portal, providing call statistics and the ability to modify call routing. The business was soon the number one search result in all major search engines for 0845 numbers and had attracted clients including Volvo, British Gymnastics and Lifescan PLC.

In 2005 and with the rapidly increasing availability of high-speed broadband to businesses in the UK, Richard felt that the time was right to develop a product that took advantage of the emerging technology of routing telephone calls over the internet. After a period of development, Richard had built a product and a network of a quality high enough to take on customers and was approved by BT to interconnect directly with them. Richard has continued to develop the product and the network, with the core equipment now spanning two major UK datacentres with a third back-up centre, and additional equipment located in Chicago to handle traffic from customers based in the US. The network now handles traffic from customers as far afield as Spain, Norway, Russia, India, Kazakhstan, Melbourne, Hong Kong and the Isle of Arran!

Richard is an experienced PHP developer and an expert in database design and MySQL clustering. In his spare time Richard enjoys cooking (or attempting to!), travelling and snooker.